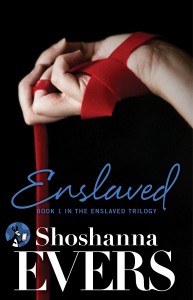 An excerpt from Enslaved, Book One in the Enslaved Trilogy