This series has gotten a makeover! You can still find the same stories, but with new titles and new covers!

The Becoming Hers Series has it’s own page on my site, here. 🙂 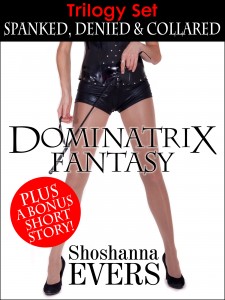 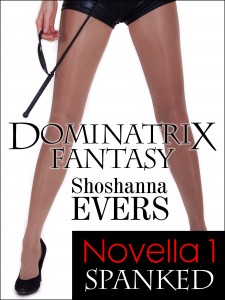 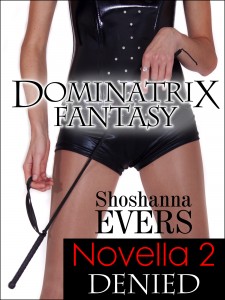 Blake’s been having so much fun learning to submit to the beautiful Mistress Victoria that he let his college grades drop…and now his Dominatrix has no choice but to punish her naughty school boy.
What Blake needs, she decides, is a male chastity belt designed to force him to focus on his school work instead of on sex. Until Blake gets his grades up, she’s the only one who will have access to his body. Without the key, he’s completely at her mercy.
…and as Blake knows, being at Mistress Victoria’s mercy is the hottest place to be.
Now Mistress Victoria has to come to terms with the evolving relationship…she’s starting to get attached to her devastatingly sexy submissive. It’s not just a game anymore… 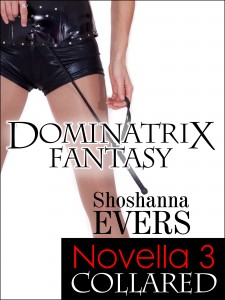 She’s trapped in the office-supply closet at work with six feet of pure muscular male pressed against her back. Panties around her ankles, and tape around her wrists…it’s her fantasy come true.

Victoria brought herself down onto Blake’s face, wanting him to feel the weight of her, to feel enveloped by her wetness, suffocated by it.

“Lick,” she ordered, and gasped as he complied. He sucked her clit full into his mouth, rolling it between his lips and tongue.

When she’d spanked him and made him lick her through her leather pants she’d been so hot for him, even though she didn’t want to show it. To have him on his knees and doing something that required quite a bit of submission had aroused her to the point where she could have come with just the slightest touch to her clit.

He licked her, moving his mouth and jaw so rapidly there was no way he could keep up the pace.

Good. Let that strong jaw of his get tired—she’d still be here, sitting on his face for as long as she desired.

That thought, along with Blake’s talented tongue, brought on a crashing orgasm. She controlled herself, not wanting to break the kid’s nose with her bucking hips, but she didn’t hold back her moans of pleasure as she climaxed.

She lifted her hips, her knees still planted on either side of his handsome face. Her juices covered his lips as he grinned up at her.

“Not tired yet?” she asked, smiling back.

“Lick me again,” she said, but this time, she didn’t move to sit on his face.

He moved his hands from behind his head and used them to hold himself up on his elbows so he had better access to her.

“I didn’t say you could move your hands, now did I? Lie back down.”

Blake fell back and laced his hands behind his head. “Sorry, Ma’am.”

“Try again. I said I want you to lick me. Sit up and keep your hands where they are.”

Blake grunted as he basically did a half-sit up, holding himself up with his abdominal muscles, his hands still laced behind his head. God he looked good, his muscles straining, his abs looking like the perfect six-pack. No, eight-pack.

Victoria kept a stern expression on her face, but she couldn’t help but feel aroused by the sudden realization dawning on Blake’s face. She was going to make him pleasure her in a very awkward position, one he couldn’t possibly stay in comfortably.

And if he had to lie back a bit to ease his burning muscles, then she had the perfect excuse to punish him some more. Win-win.

Blake’s tongue slipped out past his lips, millimeters away from her body as she maintained her position on her knees above his face. He forced himself up a bit more and finally reached her wet slit.

Knowing he was probably already experiencing some muscle pain from the impromptu workout made his mouth feel all the sweeter when he finally brought his lips and tongue onto to her, licking her with renewed vigor.

He groaned against her pussy but continued to lick her, a sheen of sweat breaking out on his forehead.

“Tired yet?” she asked, playfully moving away another inch so he had to pull his abs even tighter to reach her.

“I thought you wanted to lick me?”

“Please, Ma’am,” he said, falling back onto her pillow, heaving a sigh as his muscles finally relaxed after being in a contracted sit-up position for so long.

“I see, you don’t like pussy,” she teased. “I should have guessed as much when I saw how much you loved to lick up your own come.”

“And yet here I offer myself—my shrine—to you, and you lay back down and refuse to lick it because of a little discomfort?”

While she wasn’t really upset with him, the look of confusion and concern that crossed his face at her words thrilled her. She loved messing with her subs’ heads, twisting their words and making them unsure of themselves. It was one more way she was able to enjoy her dominance over them.

And Blake, being so completely new to the game, was even more fun to play with because he didn’t seem to know that she was only teasing him—that there was no way he’d ever win with her, no way he’d ever not be punished for an infraction, no matter how hard he tried to be good.

If he was always good, it ruined the fun, now didn’t it?