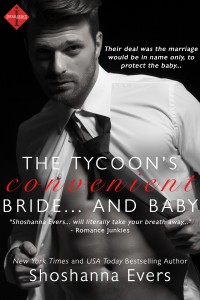 Sign up for my New Releases Newsletter on the right column of this page to be notified when
The Tycoon’s Convenient Bride…and Baby releases!

Can’t wait? You might want to read Snowed in With the Tycoon,
another sexy contemporary romance…which is out now!