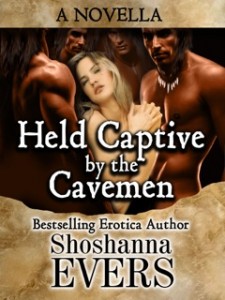 HELD CAPTIVE BY THE CAVEMEN is coming soon! Sign up for my mail list on the bottom of the page at www.ShoshannaEvers.com so you’ll be notified when this novella releases!